"Koen Broos deliberately places himself completely outside of that self-referential world in which nothing surprises us anymore and everything must reassure. With his photographs he seems rather to strive after the opposite: to save photography from the clutches of the dominant image culture of the recognizable, predictable and repeatable." (Harold Polis, 2015)

Koen Broos (°1972) lives in Antwerp. He focusses already from the start of his photographic career on his artistic work and on author portraits, theater photography. He collaborated with several cultural institutions and others. Broos always creates his own visual and creative language within the boundaries of commissioned work.

He has worked for De Bezige Antwerpen, Polis Publisher, Toneelhuis, cie de KOE, STAN, Theater Zuidpool, Eastman/Sidi Larbi Cherkaoui and others. This is how he works for already several years now in which he's always seeking the confidence and creativity of long term collaborations. He guided the scenography for the international music ensemble Graindelavoix and preserves the light and set design of the film Ossuaires and is the DOP film Outlandish about thomas more utopia. With inne goris en stef stessels he made the thaeter installation HUIS / HOME witch goes around in Belgium, France and the UK , and the new  filmtheaterplay "OPHELIA"where koen did the DOP and lighting.

Millennium operates in the field of contemporary photography. 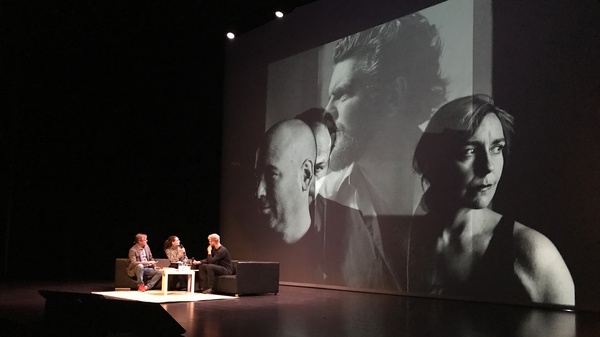